Sometimes an appendix in A&S documentation screams to be be turned into class notes. In this case, the class notes are for fingerloop braiding: specifically to braid a sampler that on eight loops … except when some loops are doubled up and you work with effectively six or four loops.

I’ve added the new class notes to Class Notes, but the pdf is available here, all 4 shiny pages.

So I had promised to enter something for kingdom A&S, and I had some pouches knitted. And then I knitted some more.

So … fifteen point five pouches will be there this weekend. 20 pages of documentation, most of which is how to instructions. 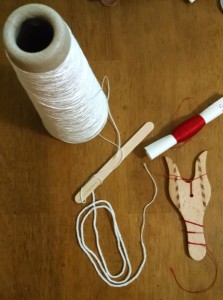 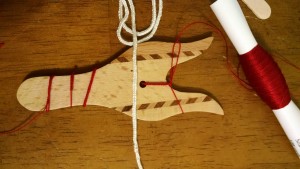